Rachel, Drew and I are playing a Burning Wheel campaign inspired by the Kingmaker Adventure path. I was just thinking about the other posses who have ventured out into the Stolen Lands and thanks to Pinterest, I had some art inspiration.

The Swordlords of Rostland’s way of life is about to be destroyed by the Brevosi Dukes.

Four posses were sent into the Stolen Lands to the south, chartered to not only guard Rostland’s southern border, for as long as it continues to exist, but to be seeds so that Swordlords might continue and some piece of their culture might live on.

Lady Zora Kucera ventures south with her loyal man-at-arms Sgt Hajek. The Rivermark is plagued with bandits and is even rumored to have a dragon within its borders. 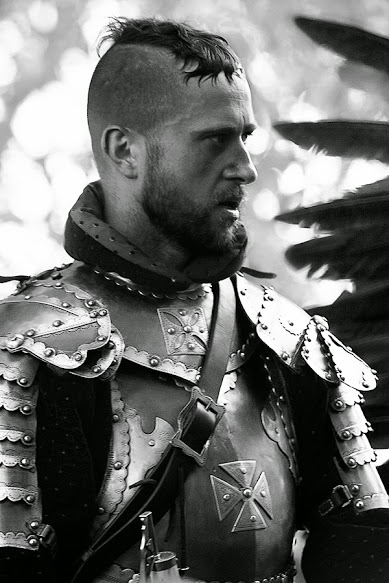 Lady Eva Kucera, elder sister to Kora, is chartered to settle the Wyrdmark, where it is said elves and fey folk dwell. She ventures forth with a wizard friend and her loyal companion and squire.

Sir Bohdan lost his taste for dying nobly for Rostland when the Thousand Saint Church deemed his wife sinful and refused to allow her to be burned according to Rostland religious tradition. By refusing her funeral rites, they also refused her entry through the Black Gate where swordlords go for their final well deserved rest.

Sir Bohdan and his daughters will venture into the Eastmark, about which very little is known. 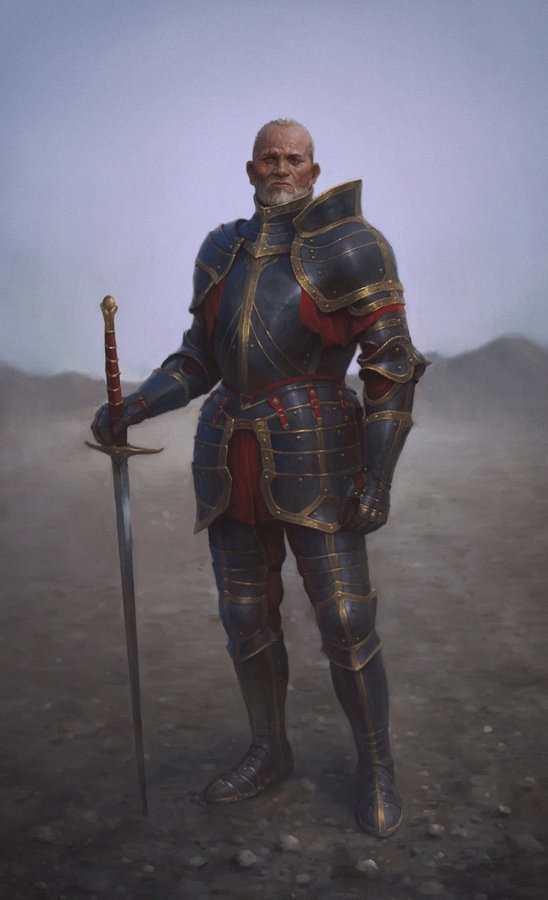 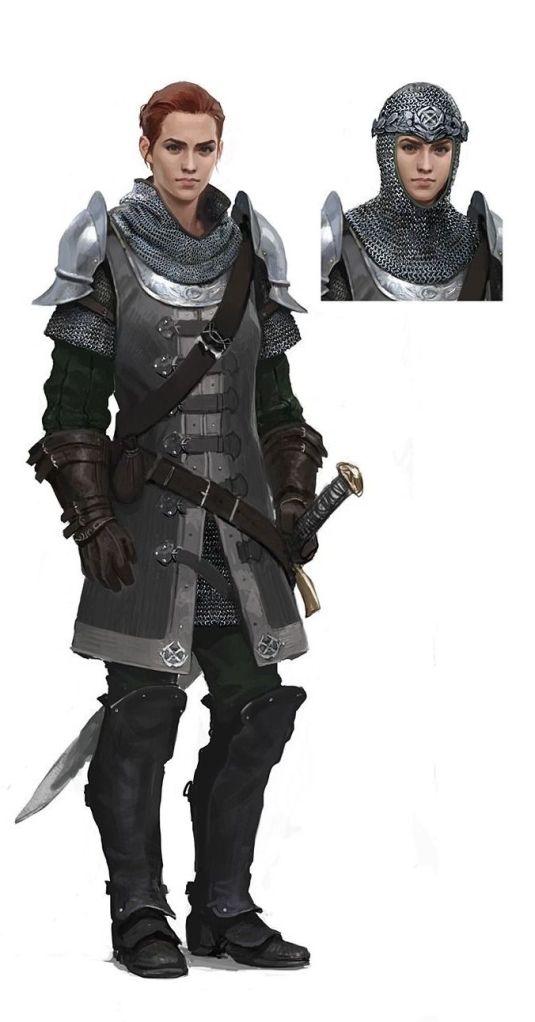 The third posse has been chartered to settle the Daggermark, on the western border that is thick with Numerian barbarians.

They are all mystery knights, men and women who wear their helms as cowls and masks, guarding their identities as they travelled through Rostland and beyond, winning tournaments and destroying bandits before taking up the oaths and charter.

Knight Without Name nor Banner