The members of the Astral Dragon LLC repo’ed a frigate, a spaceship worth 4 million credits, worth 4oo thousand credits if returned to the Melite Exchange as agreed in the repo agreement.

But things are complicated. The crew were gestating an artificial intelligence. Dealing in unbraked A.I., or Maltech, is a death sentence in every system in the sector. The crew belonged to an LLC called Witch-hunter LLC and were growing an A.I. that would hunt other A.I.’s. Deiter and Arkady had crunched their data and the shit was legit.

This session was about figuring out what to do next.

Absence and The Big Roll

Pete couldn’t make it so I said that because of MES, Meta-dimensional Extraversion Syndrom (the neurological disease that causes psychic powers) Arkady gets migraines that lay him low sometimes. We missed you, Pete!

Dieter had rolled a combined 14 when crunching the data the Witch-hunters had. He knew that the A.I.’s had destroyed planets in Sector Hades Zeta. He knew that this destruction might’ve prevented a greater apocalypse down the road but that was damned hard to prove and relied on very cold inhuman logic. He also knew that the two sects of the sector’s Preceptor Archive had a schism and that schism was clearly over A.I.

The Eriphyle branch of the Preceptor Archive had a TL of 2, clearly to avoid A.I. taint.

The Samihah branch of the Preceptor Archive, loyal to the Guevaran Hegemony, were obviously run by an unbraked A.I., one of the A.I. that had caused the destruction after The Scream. He saw the clues clear as day, as clear as a 14 Science roll could make it.

I only made about 3 things happen the whole game, the rest was about the players planning what next. Planning games drive me crazy but for some reason this game didn’t. It went a little over 2 hours and there was plenty for me to do and NPC’s for me to be.

The Sobhim were humans but they altered themselves at some point to live in the oceans of Sobha. The tech level of their planet is 5. I picture their skin being kinda like a dolphin or an orca.

One of the Sobhim killed the other 2. He was stricken with grief over it. He was in a relationship very much like a marriage with those he killed but they wanted to wipe out the A.I. they were growing, not wanting to face a death sentence if the freelancers who were in charge of the ship decided to turn them in. Dr. Gavani refused to wipe the “Little Hunter” and the disagreement turned ugly.

Strachan found a place to set up camp and sleep, a place where any good Gudridim Hunter with a good upbringing would bed down in a corridor with many exits. He found evidence of the Kaituku, the blood traitor his creiche (raiding party) were hunting.

The ship got hit with a benign laser with a data packet (or whatever the fuck; I’m ripping that idea from The Expanse – I have no idea). It was a video file of the Kaituku (blood traitor) who Strachan and his people are hunting. She said that the hunt is set to go and looked dangerous but they would see them at the rendez-vous.

A thoroughly terrified crew member told them that a posse of Witch-hunters were going to kidnap a highly ranked Archivist from the Samihah branch. It was a brazen plan. The rendezvous point was in Jurre.

“Treasure hunters and ne’er do-wells make their way to Jurre all the time.”

“The Guevaran Hegemony’s capital fleet just took over the system Jurre’s in!”

“We didn’t know that when we set Jurre up as the rendezvous!”

They set a pilot they didn’t trust free in the system they were in, thinking that he’d go running to the Witch-hunters, trusting Dieter’s cyber-ninja brother, Wolfgang, to track him down. Deiter’s family would keep watch over an electronic mailbox whose info they sent back to the Witch-hunters via the channel that beamed the laser. 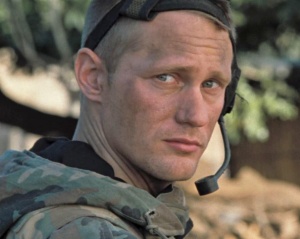 Deiter made a Culture roll (was it Spacer or Traveler?) to find a good place to drop off the A.I. so they could return the ship to the Melite Exchange and get their pay without anyone know they had trafficked in Maltech. I gave him 2 choices, both in the same system.

Kaprianou is a TL1 world, where they could lay low. No one would notice if they played it cool because no one goes there. It was a good place to hide a lab because who in their right mind would put a lab there?

Circe, on the other hand, is a TL4 hub with over a billion residents. The floating cities there would be all about hiding in plain site, getting lost in the shuffle.

They set a course for Kaprianou.

To: The Executive Board of the Astral Dragon LLC

From: The Circe Freebooters

We will gladly stay on in your company’s employment under the command of Strachan Natana as long as we receive the following:

If this is amenable to you, we will sign on for a yearlong gig as guards in the employ of the Astral Dragon LLC. If not, we will be happy to be let off on any TL4 world in the nearest system so that we might find our employment elsewhere.

The Circe Freebooters, as bonded mercenaries under the Lalita Mercenary Guild bylaws, are prepared to send RAZORnet a fine review of your company so that future freelancers will know that working with your crew is to work with professionals but we will wait until your decision before we do so.

When the full amount agreed upon above + death wages are sent to the Lalita Mercenary Guild in escrow, we will consider our service to have begun.

In a brazen act of terrorism, an unidentified Preceptor Adept from the Samihah branch was kidnapped from Edfu, one of the many orbiting city-states that surrounds the Blessed Archive. The Prime Adept, Nura Ojo, said in a press conference that she did not think their rivals at the Eriphyle branch were responsible because she did not believe they had the resources to attempt such an act.

“This is clearly a rogue operator in the Mante Wheel, a terrorist responding to the Most Holy Fleet’s arrival in Jurre. These heretics have fucked with the wrong archive is what they’ve done.”

Prime minister of the Mante Wheel, Shuh Salim, offered the archive her full support in finding the adept and bringing them back safely. “The Exchange, the Perimeter and the Preceptor Archives are the organizations that link us back to Olde Earth and form the foundations of our sector’s civilization. The Mante Wheel Council has never attacked any of humanity’s servants and never would.”

A full Areci Times Subscription allows a data download of this complete article and related educational materials about the following topics:

Strachan and Deiter talking to Dr. Gavani, while the Sobhim was in his salt-water tank, so they were talking to a holographic projection of him from inside the tank. It just felt very sci-fi cool.

Strachan talking to the mercenary captain, Maburak, offering to hire them on for a year while the former Lalita Navy Soldier field stripped his laser rifle.

Strachan talked to the First Knife of his creich about the trail he found for his prey.

“The creich will not be with me?”

“The creich is always with you. Never doubt that. I will not uproot us and take us off-planet on the strength of one clue. You are more than enough for one blood traitor.”

Deiter and Strachan are the odd couple of space.

Deiter: “We’re going to set these guys up like Knights of the Round Table!”

Strachan: “I have no idea what that means.”

Wolfgang, saying good-bye to his little brother and asking Strachan to keep an eye on him, “He’s got no damned sense…” Deiter gave his brother all of his data on the Astral Dragon in case he died.

I gave 600XP for the adventure. It wasn’t dangerous but with wrong decisions or some rolls not going their way, it easily could’ve been.

Witt got extra XP for completing one of his goals, finding traces of his prey, the traitor.