Once upon a time a brave band of men and women built a fort on the edge of a dark, antediluvian forest. The forest was so deep and so dark that it was said that there were places no human foot had ever tread, trees that took their sustenance from their roots deep in hell’s sinful blood because the sun could not penetrate the roof.

The steadfast men and women were ordained by the church’s own  and became knights. The Order of the Star, known for fighting monsters. The villagers around the fort called it Der Stern and so their star badge was born. 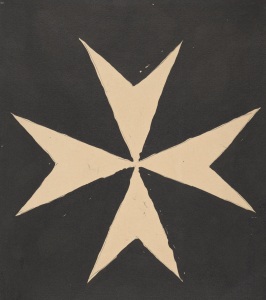 The knights were led by an Imperator, a devoutee of the Vaticine Church. When the church told him that the forest’s darkness had spawned its demons in the south, the Imperator marched his brethren south to the Crescent Empire.

They found no demons, only people. The church told the Imperator to take his knights to farther south, to Ifri but when they arrived – once again they found only people.

The church told the Imperator to take his knights to Cathay but his knights did not believe him and abandoned him, returning home to their own struggles, enriched and educated by their travels.

The Imperator was not enriched, nor was he educated by his travels.

The knights who had learned from the people of Ifric and the Crescent Empire and taken that wisdom and friendship back with them to Theah left the Imperator alone with a small retinue of his most zealous, most devout and most hateful.

They called themselves the Society of the Dragonists. The more the Dragonists looked at the people in the foreign lands they traversed the more hate infected their hearts, the more false demons they saw everywhere. The only demons they saw were the ones in their own hearts. They replaced their humanity with the darkness and hate they knew from the forest.

In denying people their humanity, the Imperator lost his own. Mirrors refused to carry his reflection and the sun showed disdain for him, as if he had been born on that forest floor, among the demons and the hellspawn he once hunted. The Society of Dragonists, led by their Supreme Dragon, have wandered undying, draining the world of resources like parasites for over 500 years. 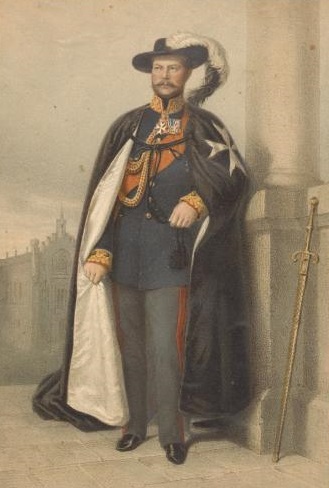 When the Supreme Dragon comes to a new city, his retinue will spread out and find their prey, looking for landed folk to marry, seduce or charm. They’ll find foreigners to terrorize. Eventually, they will bring the Supreme Dragon from a ship on the bay, laying some building they own’s cellar with soil from the Walder Forest, so their lord might sleep, gestate and come to full power.

They will seek to increase their power through land-grabs and turning other folk into monsters, be it through their cursed blood or through their ugly xenophobic hate. 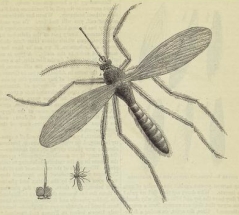 When describing vampires, I’m going to go with blood-sucking imagery. The Dragonists will be seductive and then once their hate is uncovered it will be an array of circular lamprey eel mouths, human-sized mosquito proboscises, and good ole fashioned giant bat wings.

Story of Die Kreuzritter taken from and inspired by the 7th Sea 2nd edition, page 261. The Imperator was in that story, waiting for me.

Check out Goth AF and more designs at Judd’s Shop…