In which the gang takes turf from the Hive.

On the first day of Bladesmas my scoundrels gave to me a spectre in a dead tree…. 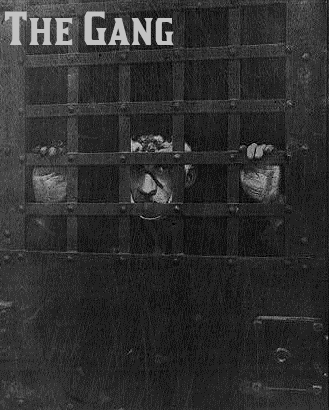 We had Maude, Charming and Skannon tonight. With 3 PC’s, we are tending to wait until we’ve got a full crew before playing lately. I liked the way having different characters in different jobs changed the way we’d approach each job or which job we’d take when offered a few.

The Five Faces of the Moon – The teahouse Skannon often frequents when he pays for company.

Liz Lomond – reporter who brought the Hive’s human trafficking into the light.

Edlund – the “kindly” Bluecoat who always comes to talk the gang into taking a less bloody route.

Jol – the Bluecoat who took a crowbar to the Blackjack, the crew’s main boat.

Djera Maha and Karth Orris – leaders of The Hiven, NPC’s named in the book.

Narcus Comber – Hive’s Lawyer – the man Charming stole a watch from back in the early days, back before their HQ had a door and the barrister just walked in

Azin, Kimiya, Orkiden, Yass – Whispers with the Red Sashes – ladies who can go from frightening witches to doting grandmothers in the spin of a penny.

Barghast Bay – the bloodiest engagement in the War is where this gang was forged and is mentioned often.

Jonah – a mischievous Skovlander child who mistreated Skannon’s dining room table. Jason is often dropping the names of children during the game as we see Charming trying to be a baby-sitter. 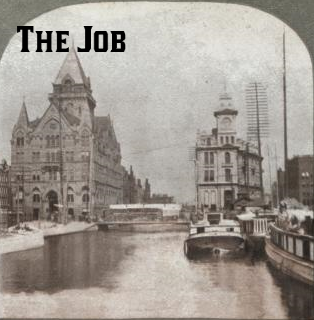 As per their peace agreement with the Red Sashes, they returned the Upper Deck, turf taken during the war, but the Red Sashes had to aid them in taking a warehouse from the Hive. They took it using magic, knowing that the arcane arts and ectoplasmic sciences are weak points in the Hive’s arsenal.

The sent the fermenting mass of ghosts from the bilge of the Upper Deck, which had been used by some long gone gang as a place to stow bodies, into the Hive’s warehouse and managed to control it, keeping the situation from becoming a cannibalistic mess. The group made their rolls for the most part and utilized a weakness in the Hive, an unwillingness to utilize ghosts and sorcery. A roll demanded a complication, and so the warehouse is now forever haunted.

As a result, the Hive offered Maud and Skannon jobs and had a talk with Charming about why they did what they did. They offered Maud an estate in Six Towers with a view of the Scurlock Manor and offered Skannon his family’s ancestral ship, now docked just within the Lightning Barrier.

Now the group has a haunted warehouse full of Skovlander refugees as turf. Good stuff.

The mechanics brought an entanglement in which the Bluecoats took out their anger on the Blackjack. I also consider the NPC’s mentioned in the faction section as part of the mechanics. The personalities and links between gangs and factions is well wrought.  Pluck one string and it causes ripples throughout Doskovol.

The Corliss Bevel-Gear-Cutting Machine. Photograph. Retrieved from the Library of Congress, <https://www.loc.gov/item/2004678678/>;.

One thought on “Wobbegong Crew: The Haunted Warehouse Job”