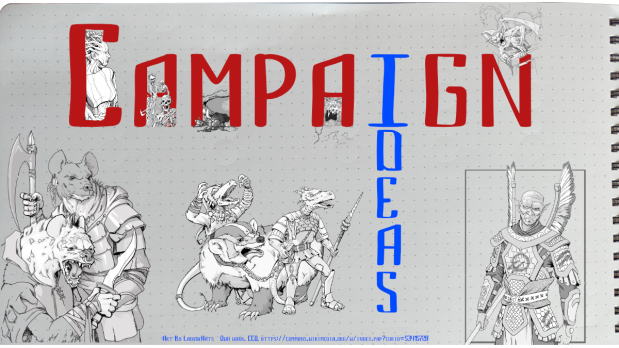 The Pitch: Today is your Leaveseeking Ceremony, where you will venture into the outside world for as long as you need and decide if there is something out there that rhymes with your truename. Or did your ancestors have the right of it, that the wonder in the world is eclipsed by its cruelty, better to find safety with your own people in this isolated mountain village.

You aren’t born evil because you were born of a certain race. You don’t, as a member of another race, have some manifest destiny to conquer and rule. And while there are certainly heroes and villains worthy of those titles, they are heroes or villains because of the choices they make.

The Diamond Throne by Monte Cook

I remember liking the Arcana Evolved hardcover and its weird fantasy Diamond Throne setting. When we started discussing it in an indie RPG slack I frequent, I realized I had put the books from the shelves to my desk, thinking that I might use them for a Tuesday Campaign Ideas post. I’ve got one other Campaign Ideas post about done and another outlined. I’m hoping to start a tradition. Anyway, back to Arcana Evolved…

No priests, you see. Where were the gods when the Dramojh’s cruelty was raging?

Part of my is tempted to just grab the magic book and bestiary and play it in its original 3.5 ruleset. But with those rules, isn’t it silly to go with the human village rummspringa idea above? Isn’t part of the fun of 3.5 to choose race and class (ugh, RACE)?

Hence the human-centered starting point above, starting with a ceremony, a cornerstone of the setting. Delve into the weird with human eyes at first. As the characters enter into ceremonies with other folk and heritages across the setting, those folk become potential character types. Maybe you set your human villager aside while they train and pick up a verrick or litorian or giant. Perhaps you start playing one of these options because your human goes back to the village to settle down, having had enough of this world.

I like this set-up because the characters will learn about the setting with the players, no homework necessary. Of course I’m thinking about hacking at Into the Odd. Levels 1-3 and then you choose your class, gaining 4 HP per level, topping off at 12 HP, maximum for a person – dragons are 16 HP, of course. The training for the classes is vague in my mind, as is the magic system, but I bet we could do a Whitehack-like magic thing for the fluid and flexible magic from the later Grimoire supplements.

The first part of the Leaveseeking Ceremony is being able to walk through the village, going wherever you want and asking the elders about their Leaveseeking. What were their ambitions? What were their regrets? We’d flesh out the characters’ families and the world in one go, right at the first session and give the players enough information to make a decision about where they wanted to go.

Do you want to go up the mountain and see the Dramojh Fortress with your own eyes? Do you want to see the cruelty your ancestors survived that led them to founding this village and this ceremony?

Or do you want to venture out and find that lost cousin who graduated as a Magister and now serves a Giant Steward in the capital city? Your grandma has that sword above the fireplace and no one will talk about it but today is your Leaveseeking; she’ll talk about it today and tell you everything about her time leading an element of the Nightwalkers.

Or is it something farther and stranger? Is it the Floating Forest or the Harrowdeep or the God-King of the verrick that calls to you?

There is a big, strange world out there with lots of history and secrets. Let’s go.